Podcast 116: Claire Michel, Professional Triathlete on Fulfilling Her Olympic Dream and Being Brave in the Face of Fear
Podcast

Podcast 116: Claire Michel, Professional Triathlete on Fulfilling Her Olympic Dream and Being Brave in the Face of Fear

Life is 10% what happens to you and 90% how you react to it.
-Charles Swindoll

After multiple failed attempts to fulfill her Olympic dream, Claire Michel found herself on the starting line at Copacabana Beach in 2016. She earned her spot in the sport of triathlon to represent her country on the world’s stage in Rio de Janeiro.  She had every intention to shine.

Shortly into the swim, Claire knew that she was expending precious energy that could prove costly as her competitors swam in packs on either side of her. They were moving faster and using less energy while she swam by herself doing all the work. She stayed present with what was unfolding, Claire is not one to panic. She gave it everything she had on the day. She came out of the water two minutes down from the leader. She got on her bike and got to work. The race was not over yet.

As she approached the transition area to begin the 2nd lap of the bike she saw the media frenzy pass her by. She knew that the cameras were not there to capture her performance. They were there to broadcast the action of the lead pack which included 2016 medalists Gwen Jorgenson, Nicola Spirig and Vicky Holland. For the first time in her triathlon career, Claire was being lapped on the bike.

She knew immediately this meant that her day was over. Everything she dreamed of, ended in an instant. She was in a state of shock and emotional disruption but what ensued next gave her the fuel to pick herself up and set her sights on Tokyo 2020. Claire is no stranger to failure and she knows that one of the greatest gifts in failure is the opportunity to rise up again. This is exactly what she has shown herself and the world since that day in Rio.

Claire now trains under the guidance of Paulo Sousa and is a member of the coveted Triathlon Squad. She is thriving in her environment and there is no doubt in our minds that she will be shining on the world’s stage again.

This is a great conversation that covers so much about what it takes to be a top-level athlete and human. Thank you for tuning in and sharing this show with your community. Please take a few moments to leave a review on Apple Podcast as this is an awesome way to support the show without spending a cent.

Podcast 115: Ask the YT on the Symphony of Balanced Nutrition and Mental Power on Healing Injury

Join the M21 Revolution, enrollment is open – SIGN UP NOW

Triathlon LIVE – Watch the Best of the Best Race!

Immerse Yourself in the Awake and Ready Life: Book Your High Vibe Retreat 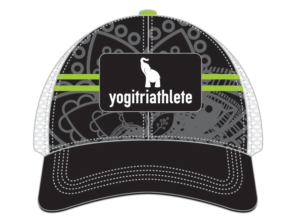 Podcast 69: Monica Davern, M.D. on Tapping Into Values and the Healing Power of a Vegan Diet

Podcast 76: Eric Lagerstrom on Unleashing Supreme Power and Racing to the First Buoy

Inside Tracker (use code: yogitriathlete)

Zeal Optics (25% on the best shades on the planet)

Episode 317: Tim Waggoner On Ironman St. George, The Importance Of An Open Mind And What It Takes To Get To Kona